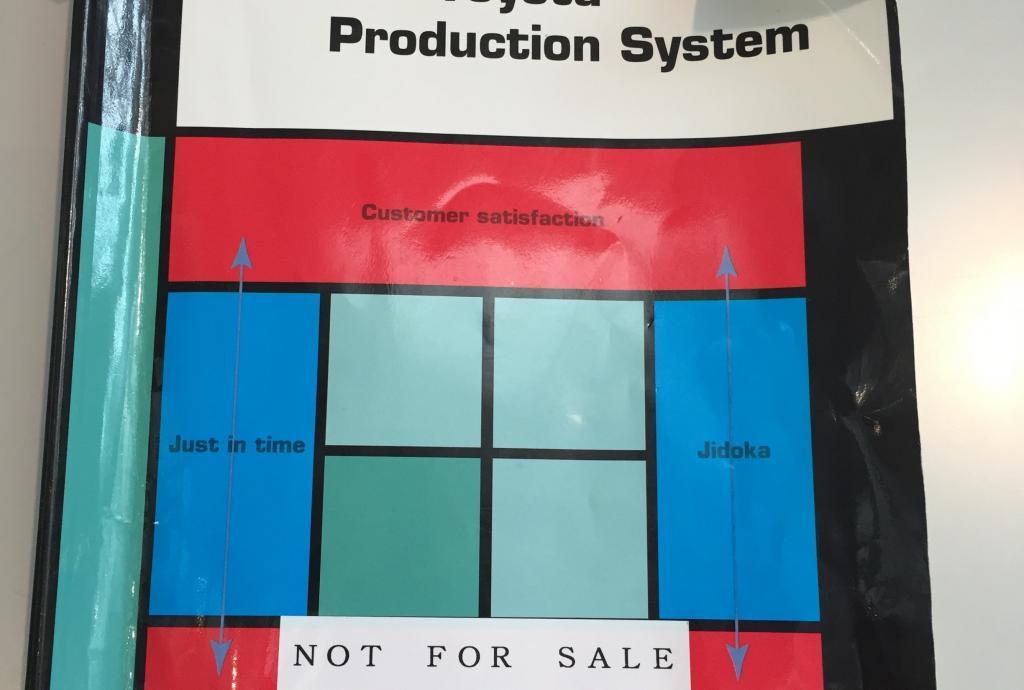 Last past week I attended the Lean Coaching Summit in Seattle, Washington. The event was a great opportunity to connect with other Lean thinkers across different industries and share our thinking about the “soft side” of Lean – coaching skills to develop people as problem solvers.

I spoke at last year’s Summit with my coach and friend Margie Hagane where we shared our coaching relationship and approach to developing people. I’ve written about some of these skills such as asking effective questions, listening, and personal reflection in the Lean Post and on this site.

It was at this same conference last year, held only a few weeks after we learned about the opportunity to move to Japan for my husband’s job, that I met Isao Yoshino – one of John Shook’s first managers at Toyota in Japan. I felt like it was serendipity that we met – and am grateful as we have established a friendship in Japan. Some upcoming posts will include reflections on more time recently spent with Yoshino in July.

But I digress… I enjoyed this year’s Coaching Summit as a way reconnect with former colleagues and clients and meet new people in the Lean community. Beyond the presentations, the opportunity to talk at breaks and over dinner were the most valuable part of the event for me.

I also got to pass out some of my Japanese business cards, albeit in a less structured way than in Japan.

I learned something from all of the speakers this year and, while there isn’t space to write about everything I learned, I wanted to share a few key take aways that I had or quotes that impacted me.

Side note: Thankfully, I wrote most of this post on the airplane on the way back to San Francisco from Seattle, as I accidentally left my notebook on the plane….and it has not been recovered. I’m grateful that the notebook was new and all I lost were the notes from the conference that I didn’t yet type for below (and not my notes from events in Japan that I haven’t had a chance to write about). But this was the only snafu on my entire trip. I had been prepared for challenging U.S. domestic travel and my flights and other logistics were seamless and pleasant.

I recently joined Twitter and experimented with tweeting during this conference. You can follow me on Twitter as @kbjanderson and other updates from the event under #leancoaching.

Ron Gallimore and the science of coaching

Cognitive science shows that when we ask good questions, we provoke thinking. – @RonaldGallimore at #leancoaching Summit 2015

The way you frame, structure and ask questions changes how mental synapses fire in the other person.

The basis of Ron’s research is around how to coach and ask questions. The power of getting out of the habit of telling, and to start asking more questions, is a critical one for all leaders and coaches.

“No written word, no spoken plea, can teach our youth what they can be. Nor all the books on all the shelves. It’s what the teachers are themselves.”

This final quote is a saying that made an impact on John Wooden in the 1930s and that he carried through his teaching and sports coaching career. This concept of leading by example is something Mr. Yoshino has also spoken about in our conversations about leadership and coaching.

Hank Bias – the coach and teacher

Hank is a former high school basketball coach who was mentored by John Wooden for many years. Hank shared his engaging personal story about how he transformed his coaching practice from working with Wooden and experimenting.

"It's what you learn after you know it all that counts the most." – Coach John Wooden as shared by Hank Bias as #LeanCoaching Summit

There is a difference between willing and eager.

When you share an example or idea, start with “It’s been my experience….” – John Wooden

“Be yourself and always keep learning.” – Wooden

David Meier was one of the first leaders at the Toyota Kentucky plant.

David talked about A3 problem solving thinking and while the concept is not new, I valued his approach and nuances he shared about how he coaches others.

A problem is a deviation between the desired condition and the actual condition. Ideal state = perfection.

If nothing is the ideal state then technically everything is a problem. What’s then hard to determine is what to focus on!

Pick up an challenge (problem) where the failure point occurs, what you are responsible for, and where you have control.

Language is important – don’t use the word “problem” until you have really defined the problem. When you are starting out “problem solving” what you really have is a “situation/challenge/condition”.

I think this distinction is an important one. It is through the process of discovery that we uncover what the real problem is. The “problem” that we might recognize might be either symptoms or contributors.

There is a fundamental belief at Toyota that people are CAPABLE of solving their own problems.

Toyota sensei told him once – “it’s not about the results – if you miss the target, hit the target or exceed the target. It doesn’t matter if you don’t know how you got there.”

These past two statements have been echoed by Toyota employees and former employees in Japan that I have spent time with this last year, in particular that at Toyota it is okay to experiment and that TPS is about respect for people. Toyota has really honed a deep practice for problem solving and supporting people in the process of experimentation.

Jim is an engaging speaker who used no PowerPoints – only flip charts, some post-its and pens – for his presentations.

I’ve been using some concepts of personal kanban for years to manage my workflow (or at least make it visible) – even before I’d read Jim’s book “Personal Kanban”. I was never good about limiting my WIP…

I made a recommitment at the conference to bring personal kanban back to my practice when I’m back in Japan as a way to manage my blog content and writing, the site visits I want to make, and the business development leads I’ve made.

Gemba for knowledge work is in our head. Hard to go to gemba! Need to make it visible. @ourfounder #leancoaching

Mark Reich and the power of personal PDCA

I heard Mark give a longer version of this talk in Australia two months ago. I appreciate Mark’s thinking about bringing intentionality ( something I think is vital to being able to create organizational and personal change) and reflection to how we manage our careers and development. I wrote about my reflections on his larger talk in an earlier post.

Leaders should be judged on the future capability of their people and the team they are building. – Mark Reich @LeanDotOrg #leancoaching

AS a leader, what is your target condition?

Leaders are usually measured on results, but leaders should be judged on the capability and the potential capability of the people who work for them.

On the first day of the conference, John Shook closed by sharing his thoughts on Lean coaching, the Lean Transformation model and a new video that LEI has produced.

At the close of the Summit, Josh Howell shared a modification of the model that Margie Hagene has developed (see image below).

At last year’s summit, Shook proposed that lean is both personal and organizational. I like the link between these two transformation models – what do we want to achieve as an organization – and what do each of us need to achieve to be able to reach that point.

I’ve written in more detail about how you can do personal reflection to better understand your own leadership gaps. I encourage you to apply problem solving thinking on yourself as you explore how you can get better as a coach and leader.

What are your reflections?

If you were at the Summit, what did you learn? Or what do you think about the key take aways that I shared from my notes? Please share your reflections in the comments area below.

I have written an article in the Lean Post about some of my top lessons from the Coaching Summit, in particular being intentional about creating a learning plan and about the language we use for problem solving. Check it out or go to my blog post about the article!